When a Pandemic Hits You Want an Academic Network

When it seems like the end of the world is near and your researchers need unsurpassed connectivity to research and cure the COVID-19 virus, who will they turn to?  The clear answer is in.  They will use their NREN and GÉANT connectivity.  While the EU is requesting streaming companies to change their default streaming to a lower grade since the European Internet Service Providers (ISP) are having trouble meeting capacity, the GÉANT network continues to hum along providing essential and life-preserving connectivity.

The entire design of the GÉANT network is to be over-engineered. Commercial ISPs engineer their networks to maximize profits.  GÉANT requires link upgrades when links exceed 60% whereas ISPs maintain their networks at 95% capacity to maximize profits.  The GÉANT network is built to handle sudden and unexpected traffic peaks. Exactly the kind of peaks that can happen in the midst of global pandemic.  Researchers racing to find a cure need unparalleled bandwidth. GÉANT, along with every NREN in Europe, is there to provide that bandwidth.

During this global crisis and race for a solution, the IUCC network in Israel continues to provide non-stop connectivity without any bottlenecks as opposed to commercial ISPs which are having serious issues. 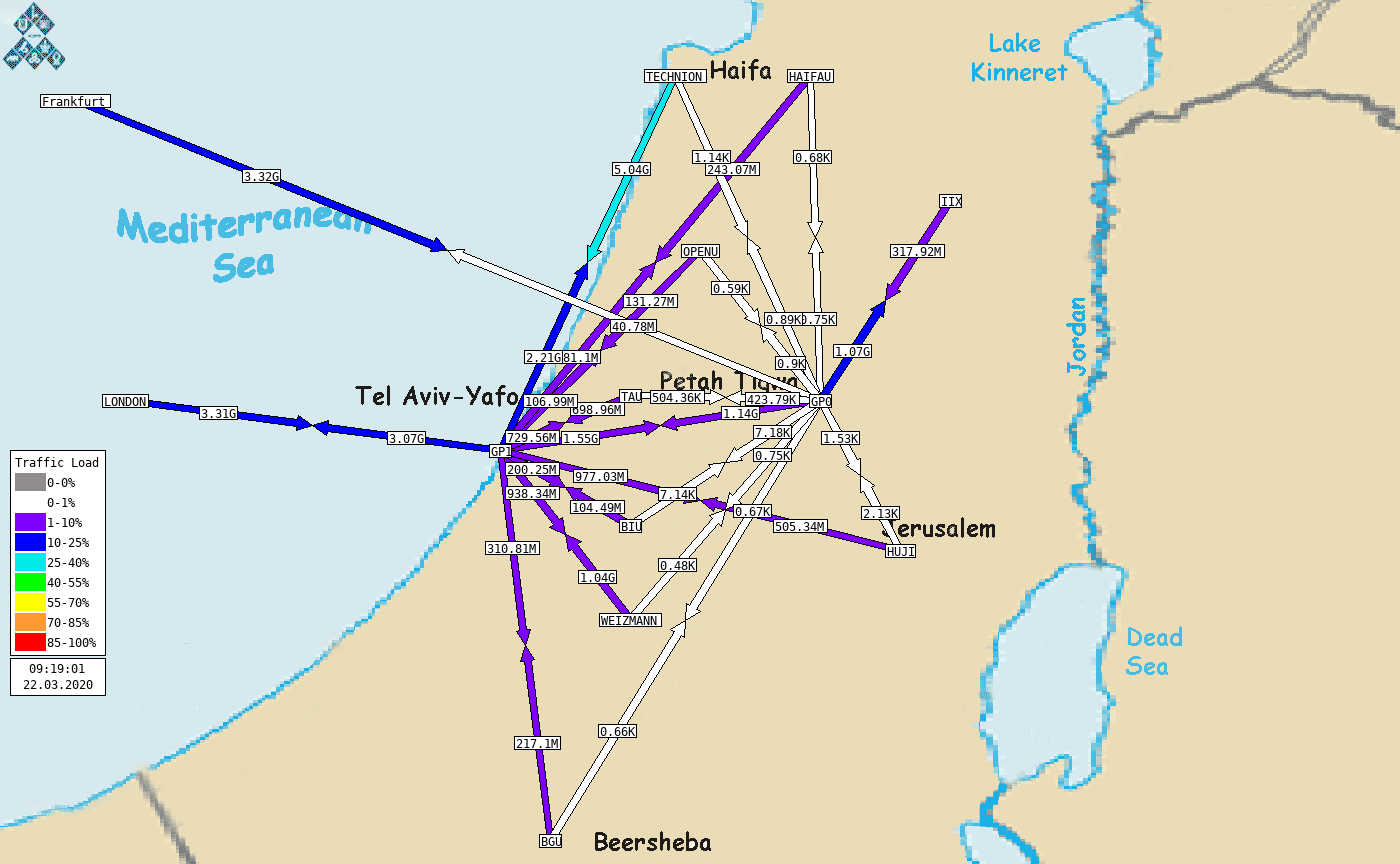 Redundancy for Any Crisis

On Thursday, March 19, 2020, an accident involving a tractor cut a fiber bundle at a major intersection near Tel Aviv.  This cut off the primary 20Gbsec circuit to the Hebrew University of Jerusalem and the primary 10Gb/sec circuit to Ben-Gurion University of the Negev in Beersheba.  But because of IUCC’s dual-star approach and using different fiber carriers, neither university lost connectivity, even though major banks were cut off during the time before the fiber cut was repaired.  Each university automatically switched to working via their 2Gb/sec backup circuit provided by a different carrier to a different hub.  An hour later, one of the two 1Gb/sec links (one link uses SDH technology whereas the one that was cut was using Metro technology) connecting Hebrew University was also cut and they were forced to work at 1Gb/sec.  But they remained connected until both carriers fixed their fiber cuts within four hours.