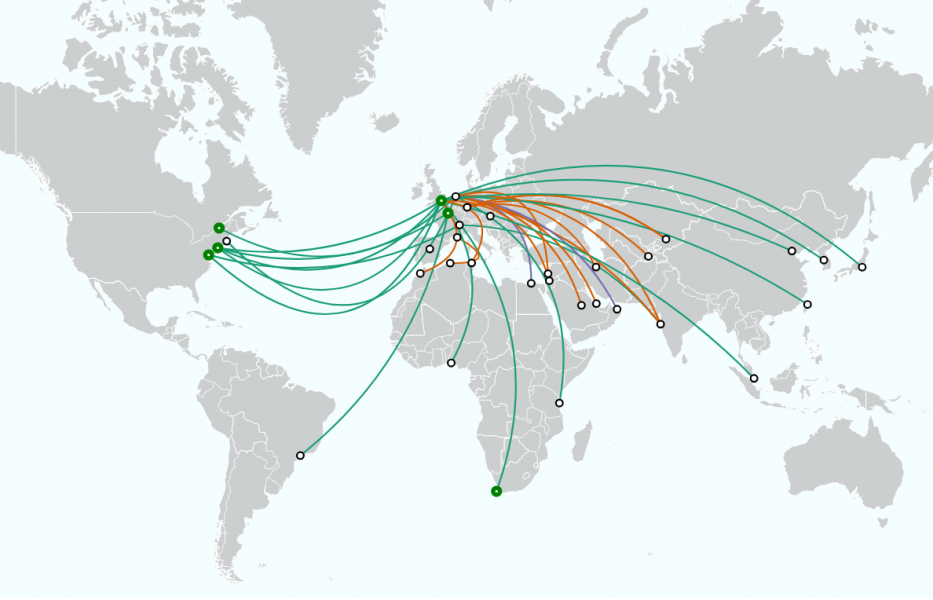 The ILAN network is based on a unique, dual-star, eight-node network.  Interconnecting these two POPs (one located at Tel Aviv University and the other at a neutral colocation site called Med-1) is a dark fiber link operating at 20Gb/sec. Each of Israel’s eight Israeli universities connects to both of these POPS 10-20 Gb/sec primary links and 2-10 Gb/sec backup links, provided different commercial telecom operators. Automatic failover of those links is handled by the OSPF routing protocol.

International communications is provided to members via 40 Gb/sec links, which  terminate in Frankfurt and London. These links connect IUCC to the GÉANT network in Europe and through them to the American research network – Internet2. 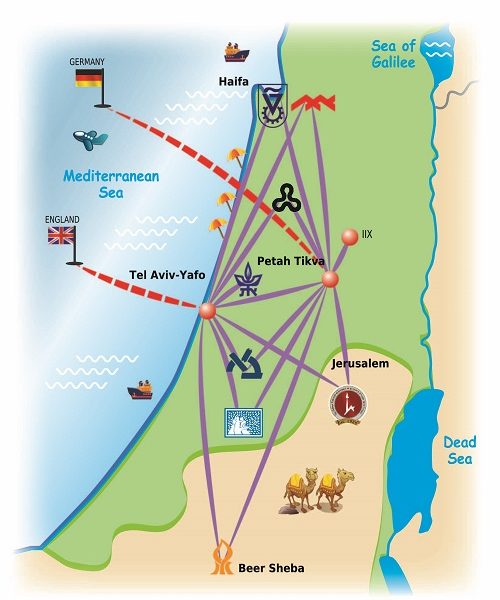 IUCC’s telecommunications infrastructure was created in 1984 with a pre-Internet 9.6kb/sec international line to the European EARN network. In 1990, the first international Internet line from Israel to the USA began operating, at a rate of 64kb/sec.

For a period of three years (1994-1996), IUCC operated a central node for Internet connections for hi-tech companies in Israel, as well as for various telecommunications providers (prior to the existence of the Israeli Internet Society central node known as the IIX). In 1997, the responsibility for the Israeli Internet eXchange (IIX) was transferred to the Israel Internet Association (ISOC-IL), and in 1999 IUCC was connected to the Internet-2 network in the USA and to the European research network GÉANT.

IUCC was the first organization in Israel to provide IPv6 services, since May 2003, to link Israel’s academic and research institutes with international research networks operating throughout the world.