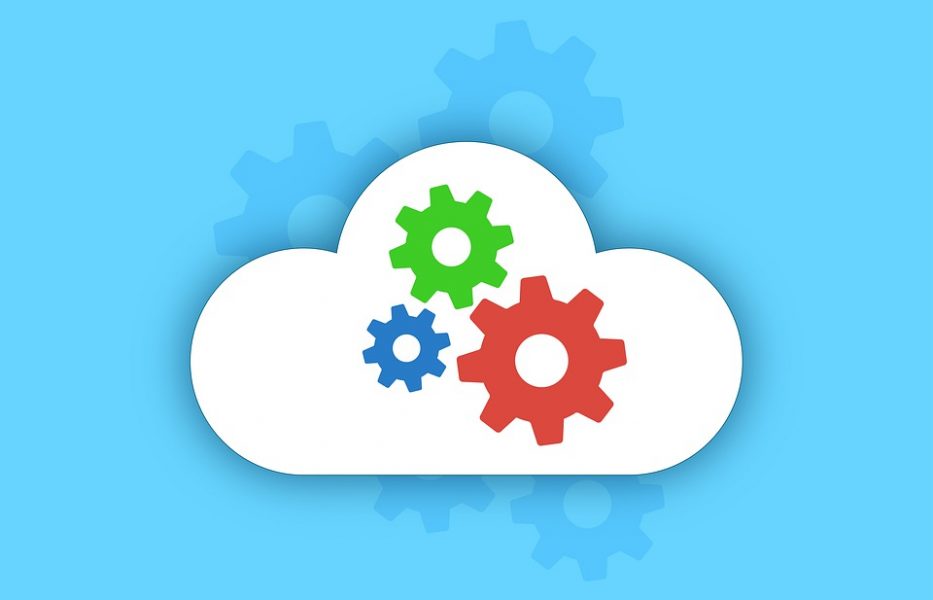 When migrating existing environments to the cloud, or even when building and deploying new environments in the cloud, there are many alternatives. There is no one right or wrong way.

In this post we will review the way it was done in the past (AKA “old school”) and review the more modern options for environment deployments.

Traditionally, when we had to deploy a new dev/test or a production environment for a new service or application, we usually considered 3 tier applications. These built from a presentation layer (such as web server or full client deployment), a business logic (such as application server) and a back-end storage tier (such as database server).

Since each layer (or tier) depended on the rest of the layers, each software upgrade or addition of another server (for high availability) required downtime for the entire application or service. The result: a monolith.

This process was cumbersome. It took several weeks to deploy the operating system, deploy the software, configure it, conduct tests, get approval from the business customer, take the same process to deploy a production environment and finally switch to production.

This process was viable for small scale deployments, or simple applications, serving a small number of customers.

We usually focus more on the system side of the deployment, perhaps a single server containing all the components. Until we reach the hardware limitations (CPU / Memory / Storage / Network limitations) before we begin to scale up (switching to newer hardware with more CPU / Memory / Storage / faster network interface card). Only then may we find out this solution does not scale enough to serve customers in the long run.

When replacing the VM size does not solve bottlenecks, we begin scale out by adding more servers (such as more web servers, cluster of database servers, etc.). Then we face new kind of problems, when we need to take the entire monolith down, every time we plan to deploy security patches, deploy software upgrades, etc.

Migrating existing architecture to the public cloud (AKA “lift and shift”) is a viable option, and it has its own pros and cons:

Deployment in the modern world

Modern development and application deployment, also known as “Cloud Native applications”, focus on service (instead of servers with applications). It leverages the benefits of the cloud’s built-in capabilities and features:

Scale – We build our services to be able to serve millions of customers (instead of several hundred).

Elasticity – Our applications are aware of load and can expand or shrink resources in accordance with needs.

Observability – In the past we used to monitor basic metrics such as CPU or memory load, free disk space (or maybe percentage of read/write events). Today, we add more and more metrics for the applications themselves, such as number of concurrent users, time it takes to query the database, percentage of errors in the web server log file, communication between components, etc. This allows us to predict service failures before our customers observe them.

Security – Managing and maintaining large fleets of servers in the traditional data center requires a huge amount of work (security patches, firewall rules, DDoS protection, configuration management, encryption at transit and at rest, auditing, etc.). In the cloud, we benefit from built-in security capabilities, all working together and accessible both manually (for small scale environments) and automatically (as part of Infrastructure as a Code tools and languages).

Containers and Kubernetes to the rescue

The use of microservice architecture revolutionized the way we develop and deploy modern applications by breaking previously complex architecture into smaller components and dividing them by the task they serve in our application or service.

This is where containers come into the picture. Instead of deploying virtual machines, with full operating system and entire software stacks, we use containers. This allows us to wrap the minimum number of binaries, libraries, and code, required for a specific task (login to the application, running the business logic, ingesting data into an object store or directly into the back-end database, running reporting model, etc.)

Containers enable better utilization of the existing “hardware” by deploying multiple containers (each can be for different service) on the same virtual hardware (or bare metal) and reach near 100% of resource utilization.

Containers allow small development teams to focus on specific tasks or components, almost separately from the rest of the development teams (components still needs to communicate between each other). They can upgrade lines of code, scale in and out according to load, and hopefully one day be able to switch between cloud providers (AKA be “Cloud agnostic”).

Kubernetes is the de-facto orchestrator for running containers. It can deploy containers according to needs (such as load), monitor the status of each running container (and deploy a new container to replace of non-functioning container), automatically upgrade software build (by deploying containers that contain new versions of code), make certain containers are being deployed equally between virtual servers (for load and high availability), etc.

Serverless / Function as a service

These are new modern ways to deploy applications in a more cost-effective manner, when we can take small portions of our code (AKA “functions”) for doing specific tasks and deploy them inside a managed compute environment (AKA “serverless”) and pay for the number of resources we consume (CPU / Memory) and the time (in seconds) it takes to run a function.

Serverless can be fitted inside microservice architecture by replacing tasks that we used to put inside containers.

Suitable for stateless functions (for example: no need to keep caching of data) or for scenarios where we have specific tasks. For example, when we need to invoke a function as result of an event, like closing a port in a security group, or because of an event triggered in a security monitoring service.

The world of cloud deployment is changing. And this is good news.

Instead of server fleets and a focus on the infrastructure that might not be suitable or cost-effective for our applications, modern cloud deployment is focused on bringing value to our customers and to our organizations by shortening the time it takes to develop new capabilities (AKA “Time to market”). It allows us to experiment, make mistakes and recover quickly (AKA “fail safe”), while making better use of resources (pay for what we consume), being able to predict outages and downtime in advance.